Using the Banks’ Argument Against Them 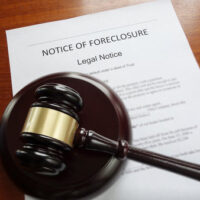 Even today, our legal system is still dealing with foreclosure cases that arose out of the foreclosures crisis that began in the late 2000s.  At that time, Desperate homeowners filed wrongful foreclosure actions against their lenders, often attempting to challenge the assignment of the Security Deed or other mortgage documents.  For the most part, these challenges were unsuccessful, with Georgia courts holding that where a plaintiff/homeowner is not a party to the document (meaning that it is between two other companies or persons), the plaintiff or homeowner has no standing to challenge it or seek revocation thereof.  In Ames v. JP Morgan Chase Bank, N.A., 783 S.E.2d 614 (Ga., 2016), the Supreme Court of Georgia confirmed that a document purporting to affect a security deed could not be challenged by a third party.

Id.   Where the assignment in Ames was between two (2) lenders, the homeowners “clearly were not a party to the assignment at issue [there].”  Id.  The Court held that this was true even though the document affecting the security deed “may affect the [third party] in some ways…”  Id.  The Court clarified that a third party to a recorded document affecting the security deed has no standing to dispute that recorded document.  Id.  (“What the debtor cannot do is dispute the assignment; that may normally be done only by the assignor, because the debtor is not a third-party beneficiary of the assignment as a whole and particularly is not intended to directly benefit from the transfer of the power of sale.”).

However, just as the third-party in Ames above, the first mortgage company was not a third-party beneficiary or party to the Cancellation at issue and may not challenge the terms of the Cancellation.  See also Nelson v. Hamilton State Bank, 331 Ga. App. 419, 771 S.E.2d 113 (Ga. App., 2015); Jurden v. HSBC Mortg. Corp., 330 Ga. App. 179, 765 S.E.2d 440 (Ga. App., 2014).  As you can see, this is the same argument that the lenders used in countless wrongful foreclosure cases against the clients of our Marietta foreclosure attorneys.  Under the reasoning of the Supreme Court of Georgia (which the banks fought so hard for), the bank that has wrongfully had its Security Deed cancelled has no standing or right to challenge that cancellation.

The Marietta foreclosure defense attorneys at The Strickland Firm can help you understand your options going forward, and protect your rights if trial becomes necessary. Contact the offices today for a free consultation.

By The Strickland Firm | Posted on July 14, 2020
« You Don’t Have to File for Bankruptcy to Stop Foreclosure
What is a Motion for Summary Judgment? »