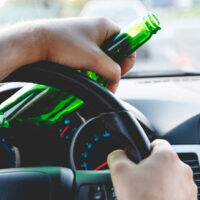 Were you recently injured in a Georgia car accident caused by a drunk driver? These kinds of crashes can be devastating due to their severity and the knowledge that the collision was absolutely preventable. According to the U.S. Centers for Disease Control and Prevention (CDC), nearly 3,700 people died in drunk driving crashes in Georgia between 2003-2012, and about 1.4 percent of Georgia drivers admit that they have driven drunk at least once in the last month. Given that most motorists in and around Marietta recognize the serious risks of intoxicated driving, anyone who has been seriously harmed in a collision might assume that it will be relatively easy to prove that the drunk driver was at fault and should pay damages.

What Do I Need to Know About Comparative Fault?

Under Georgia law, comparative fault (which can also be discussed in terms of comparative negligence, or contributory fault or negligence depending upon state law) is a defense. In a personal injury case in Georgia involving a drunk driver, that drunk driver might say that the injured plaintiff is also at fault for her injuries for one reason or another. Accordingly, the drunk driver may argue that the plaintiff should not be entitled to any damages, or that, at the very least, the plaintiff’s damages award should be reduced based on her percentage of fault. Just because a defendant raises the issue of comparative fault does not mean that the court will find that defense credible. The plaintiff can also provide evidence to show that comparative fault is not an issue.

How Can Comparative Fault Even Be Considered When the Defendant Was Drunk?

By The Strickland Firm | Posted on September 9, 2020
« Issues to Consider in a Rear-End Collision
Car Accident Risks in Hot Weather »