How Motorcycle Damages Can Be Impacted by Comparative Fault 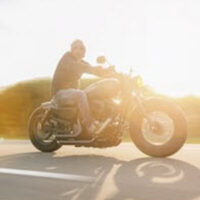 What do you need to know if your motorcycle crash case involves the issue of comparative fault? We want to provide you with more information and to encourage you to seek advice from a Marietta motorcycle accident lawyer as soon as possible.

Yet just because a defendant raises the issue of comparative fault does not mean that your award will necessarily be reduced. You can work with your Georgia motorcycle accident attorney to prove that the defendant’s claims of comparative fault are inaccurate, and you can prove that you are entitled to full compensation because the defendant bears 100 percent of the liability for the motorcycle crash.

Comparative Fault Issues That Can Arise in Motorcycle Accident Cases

When a defendant does raise the issue of comparative fault in a motorcycle accident case, what kinds of claims might that defendant make? The following are examples of some of the issues that a defendant might raise to show that a motorcyclist was also partially at fault for the collision:

By The Strickland Firm | Posted on January 4, 2021
« What Questions Should I Ask a Car Accident Attorney?
Shorter Car Trips May Involve More Accidents »