How To Avoid An Intersection Accident 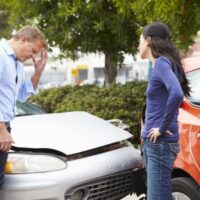 According to the National Highway Traffic Safety Administration (NHTSA), the majority of traffic accidents, 40 percent in fact, occur at intersections. Although that is an alarming number, it is even more startling that 96 percent of these accidents are preventable. So, why do so many accidents occur at intersections, and how can you prevent one from happening? It is important to know the answers to these questions so you are not found liable for a crash.

Why Do So Many Accidents Happen at Intersections?

Like so many other traffic collisions, accidents happen at intersections for a number of reasons. These include:

Due to the high rate of accidents at intersections, it is important to know how to prevent yourself from becoming involved in one.

It is important to know how to prevent intersection accidents not only for your own safety and well-being, but also so you are not found negligent and liable for paying damages. The best tips to keep in mind to avoid a crash are as follows:

Although you cannot prevent another driver from acting negligently, you can avoid negligent actions yourself.

If you have been in an accident and are now seriously injured, our Marietta personal injury lawyers at The Strickland Firm can help. Call us today at 1-844-GAJUSTICE or contact us online to schedule a free case evaluation.

By The Strickland Firm | Posted on September 20, 2021
« Things You Should Never Say After A Car Accident
The Difference Between Lost Income And Loss Of Earning Capacity »